The Church of St. John the Baptist, Eastnor, is Grade 1 listed and is situated within the Eastnor Conservation Area and the Malvern Hills Area of Outstanding Natural Beauty. It is believed that there has been a church at Eastnor from very early days and Historic England dates this church as 12th century, altered in the 13th and 15th century, with the tower re-modelled in the 14th century. The first parson that we know of is William Willelmus, presbyter Estenovere, who witnessed a charter dated October 1140 and 1148.

The Church, apart from the tower, was rebuilt in 1851-2 by Sir George Gilbert Scott, a noted Victorian architect. The building was taken down and although each stone was numbered to be reused, most were too badly damaged and eventually only a small portion of the old stonework was reinstated.  More information can be found about Sir George Gilbert Scott at https://gilbertscott.org/sir-george-gilbert-scott/.

The church has recently published a new guidebook which can be seen here. The more detailed research document, which contains additional information on the history of the church and connections to the Somers Cocks family of Eastnor Castle, can be seen here. 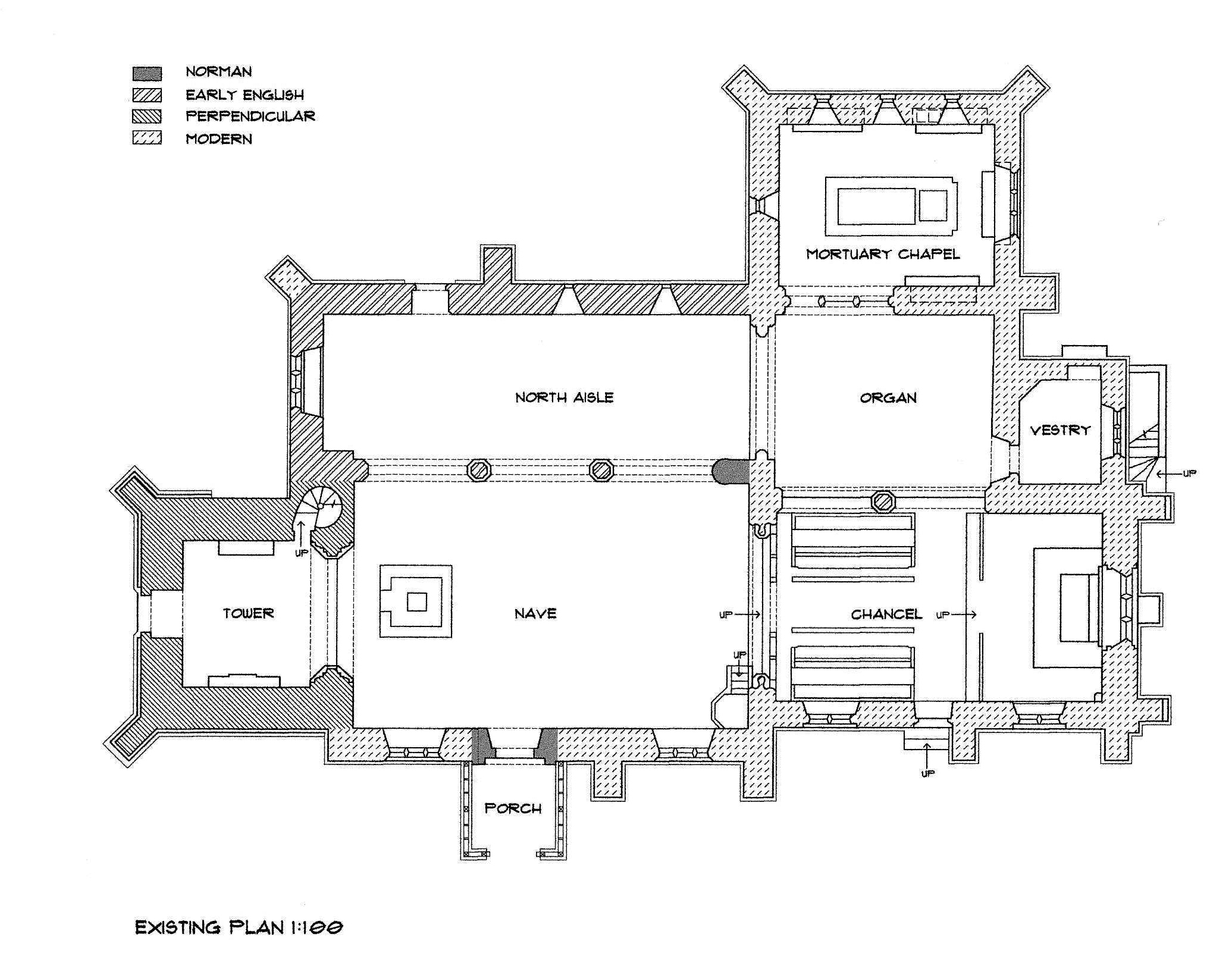